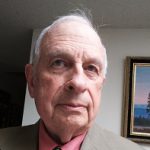 Mr. Harrison is a retired Naval Officer, retired airline pilot and current flight instructor, air taxi pilot, and school bus driver. He has served in some capacity with DCI since its inception in 1994.

Bob is a member of Oak Harbor Christian Reformed Church on Whidbey Island, WA and has served on the church council as an Elder for 3 separate terms, providing leadership and guidance through change and encouraging missions and development ministry.

Bob acquired undergraduate education from Warner Pacific College, Stanford University, Lower Columbia College, Grossmont College and San Diego State University, where he received a bachelors degree in Political Science. Additionally, he studied towards a masters degree in History at the University of Houston/Victoria.

Bob has been married to his wife Sharlene for 48 years, and they have two grown sons and four grandchildren. 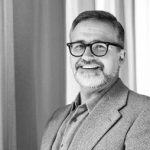 Timothy Beggs is music director and organist at Emmanuel Episcopal Church in Mercer Island, Washington. He has a degree in Political Science from Seattle Pacific University and spent one year studying at Tokyo International College. He has experience working in a variety of settings, including managing 40 volunteers at the Museum of Flight, serving as an accountant for various non-profit groups, managing a golf course marketing firm and serving as a recruiter and accountant for an at-risk youth job training program for the City of Seattle. Tim studied music from an early age, playing piano, organ and viola. He enjoys leading a choir and bringing people together to create beautiful music. He has also volunteered working with handicapped people and mentored refugee families. Tim brings enthusiasm and fresh ideas to the DCI Board and provides insight for solving problems. 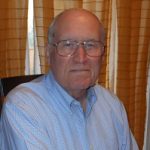 Jack Bemenderfer is a retired Naval Officer, having served for 20 years in aircraft maintenance. His service took him to 26 different countries in Europe, Asia and the Caribbean, gaining an international perspective on development. He received his BA degree in Economics and Business Administration from Chapman University. Upon retiring from the US Navy, he attended Oregon State University, receiving a Master of Business Administration (MBA) degree.

After working for 5 years selling computer systems to businesses, government, and educational organizations and training clients to use their new systems, Jack then went back to school at Western Oregon State University and completed a second Master’s Degree, in Educational Communication and Technology (MSEd). He then worked for a contractor at Fort Lewis, WA developing computer training materials for the US Army. Later, he moved to The Boeing Company as a computer training specialist training software engineers, and eventually working as a Software Process Analyst helping improve the methods engineers use in developing software for commercial aircraft. His interest in education and training is what led him to accept a position on the board of DCI. He currently serves as secretary to the board and strongly supports DCI’s ministry in Uganda.

Jack has served as an elder, governing board member, and Sunday School teacher in churches over the years. He completed a three-year course in Lay Leadership Training through the Christian & Missionary Alliance (C&MA) denomination. His interest in missions has developed over the last 40 years while associated with the C&MA. At his present church, Jack serves as an elder, governing board member, treasurer, missions coordinator, and occasional fill-in preacher. He has also been serving as a group leader in Bible Study Fellowship (BSF) for the last 12 years.
Between his wife and him, Jack has five children and fourteen grandchildren. His son, Mark, has been a missionary to China for the last 20 years, currently residing in Wei Hai, helping Jack to develop an even deeper understanding and love for missions and ministry. 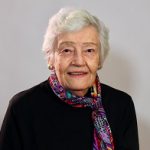 Phyllis Beggs is a retired Certified Public Accountant, having been licensed in California, South Carolina and Oregon. Later in her career she became a Municipal Finance Director of towns in Oregon and California. She has a BS degree in business from The University of the State of New York and completed most of the coursework for a Master of Public Administration at Portland State University.

Seeing a need for better public library facilities in a small town, Phyllis successfully created and managed a project to raise funds through grants and donations, and worked with architects and volunteer workers to build a new library, which is now enjoyed by many people in the area.

Phyllis served on the boards of several non-profits and churches, usually as the treasurer.  Serving on non-profits she became interested in helping disadvantaged and marginalized people to become capable of participating in society by giving them the tools they needed to do more than just exist. While on the board of a non-profit serving developmentally disabled adults, she participated in the redesign of the agency from one that entertained clients to keep them busy, to one that found real jobs for them so they could find dignity in being able to work. This impressed upon her the universal need to be productive.

In international travels, Phyllis gained perspective on how society treats its citizens of differing abilities and social standing.  She saw the importance of encouraging people to take the steps necessary to solve their own problems, rather than expecting them to accept solutions worked out without their input. This fits well with DCI’s methods. Phyllis is active in her church and also helps refugees and immigrants she knows. For recreation she enjoys classical music concerts and occasional foreign travel. 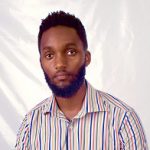 Muhire Peter serves as DCI’s Uganda board member, bringing an up-close and unique perspective to DCI’s board, gained from his experience in education, non-profit NGOs, and church ministry. Peter travelled extensively throughout Uganda between 2008-2011 to build businesses in rural parts of the country. He observed that people want to succeed and make a life for themselves and their families, but to do so they need relevant and timely solutions that can change their mindset concerning their ability to stand up for themselves in their communities. This fits well with the mission of DCI.

Peter is the Director of Global Kingdom Resource Centre (GKRC), a school that emphasizes the need for growing intimacy in relationship with God and hearing His voice.

Peter is a qualified musician, having completed his Bachelor of Music at Makerere University in Kampala, Uganda. The program had a focus on music composition and ethnomusicology. He also studied treble and alto recorder, and Voice at the Kampala Music School, receiving certifications from The Associated Board of The Royal Schools Of Music in the UK.

For recreation, Peter plays the oboe with the Kampala Symphony Orchestra, and occasionally conducts as well, and often travels around East Africa as part of his work with GKRC.  Peter and his wife Ndagire own a pharmacy in Kampala.